Stefan Janse van Rensburg has been promoted to general manager: operations effective 1 December 2020, and is currently general manager of the group’s three hotels in Nairobi, Kenya, including Fairview Hotel, Town Lodge Upper Hill and City Lodge Hotel at Two Rivers Mall. Stefan has been with the group since 1996 and started as a receptionist and night auditor at City Lodge Hotel Bloemfontein after receiving his National Diploma in Food Service Management from Free State Technikon in 1995. He has furthered his career in several of the group’s hotels, working in a number of positions before being promoted to central office. As a result of Stefan’s appointment, the existing members of the operations team have assumed responsibility for revised segments of the group’s hotels, ensuring fresh ideas, oversight and competitiveness in the market. They include divisional directors of operations Tony Balabanoff and Ross Phinn and general managers of operations Andrea Anderson and Morné Bester, soon to be joined by Stefan.

Lindiwe Sangweni-Siddo, chief operating officer at City Lodge Hotel Group, says, “The unprecedented COVID-19 pandemic certainly threw us the curve-ball we never anticipated and, as such, we have had to really think differently and approach the operations structure in a new way. The emphasis currently is on reducing costs, efficiency through collaboration and balancing of responsibilities in the division. This is a time for change as we reposition ourselves to continue on our journey of recovery. We aim to be agile, focused and timely in everything we do.” 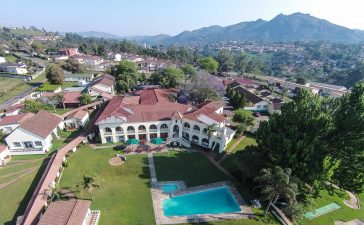 BON Hotels has expanded its African footprint into Eswatini by taking over the management of the popular and renowned Mountain... 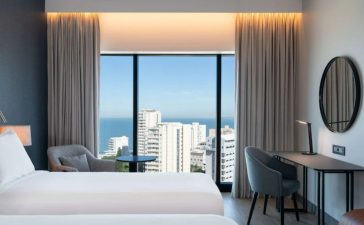 Radisson Hotel Group (www.RadissonHotels.com) is proud to announce its entry into its fourth South African city, Durban, with the opening...

Barrows (www.BarrowsHotels.com​), the provider of hotel investment and advisory services for hotels in the Middle East and Africa, is developing... 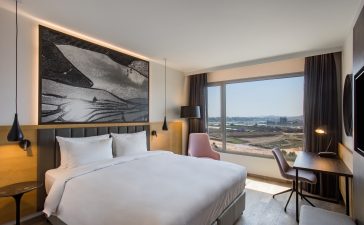 Just four words are needed to sum up the main findings of this year’s African hotel chain development pipeline survey...

Gallivant Africa Media Group explores and defines the future of Africa's travel and tourism industry for the dynamic C-Suite through a combination of news, interviews, research, marketing, auditing and advisory services. Connect with us: hello@gallivant.africa